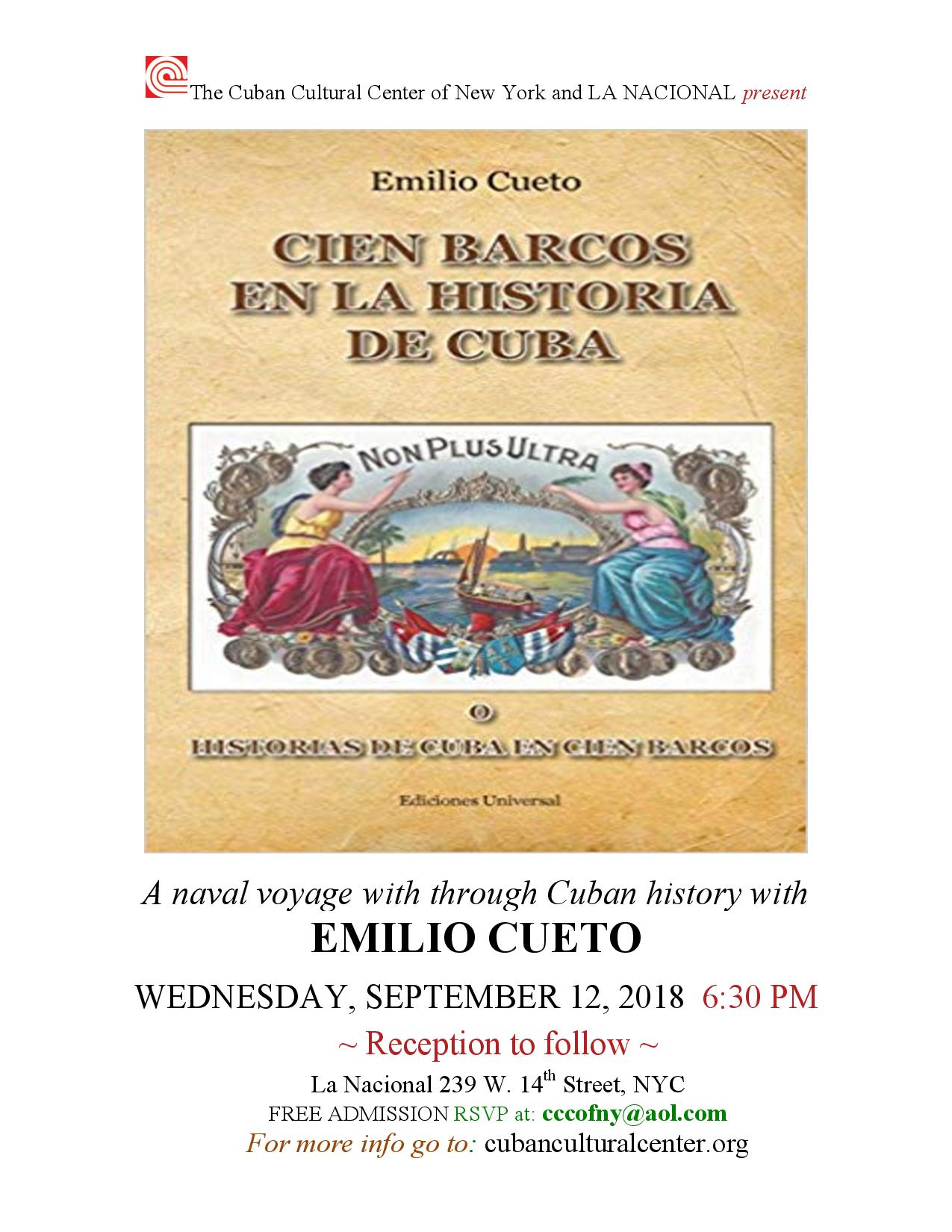 The CCCNY opens its Fall season with a unique presentation by the unparalleled Cubanologist Emilio Cueto, who will trace and share the history of the Island as explored in one of his latest works, Cien barcos en la historia de Cuba, noting that pivotal events in the history of the country have been marked by the arrival or departure of ships. The work particularly details the arrival of the Spanish, migration patterns, wars, and trade routes, all of which originally relied upon water transportation.

As the author notes: In remote times, Cuba was a barren territory…and our first inhabitants arrived on ships. We became an island populated by Caribbean aborigines, but with Christopher Columbus’ three caravels we became a Spanish colony…until the Maine exploded in Havana, making us an independent country but very dependent on the United States. And then the Granma arrived, which routed the Island to the East and a good number of Cubans to the North… Emilio Cueto’s account will take us on one hundred ships on a controversial journey through a history of Cuba not often known, but always thrilling and enriching.

Followed by a Q&A and a reception.