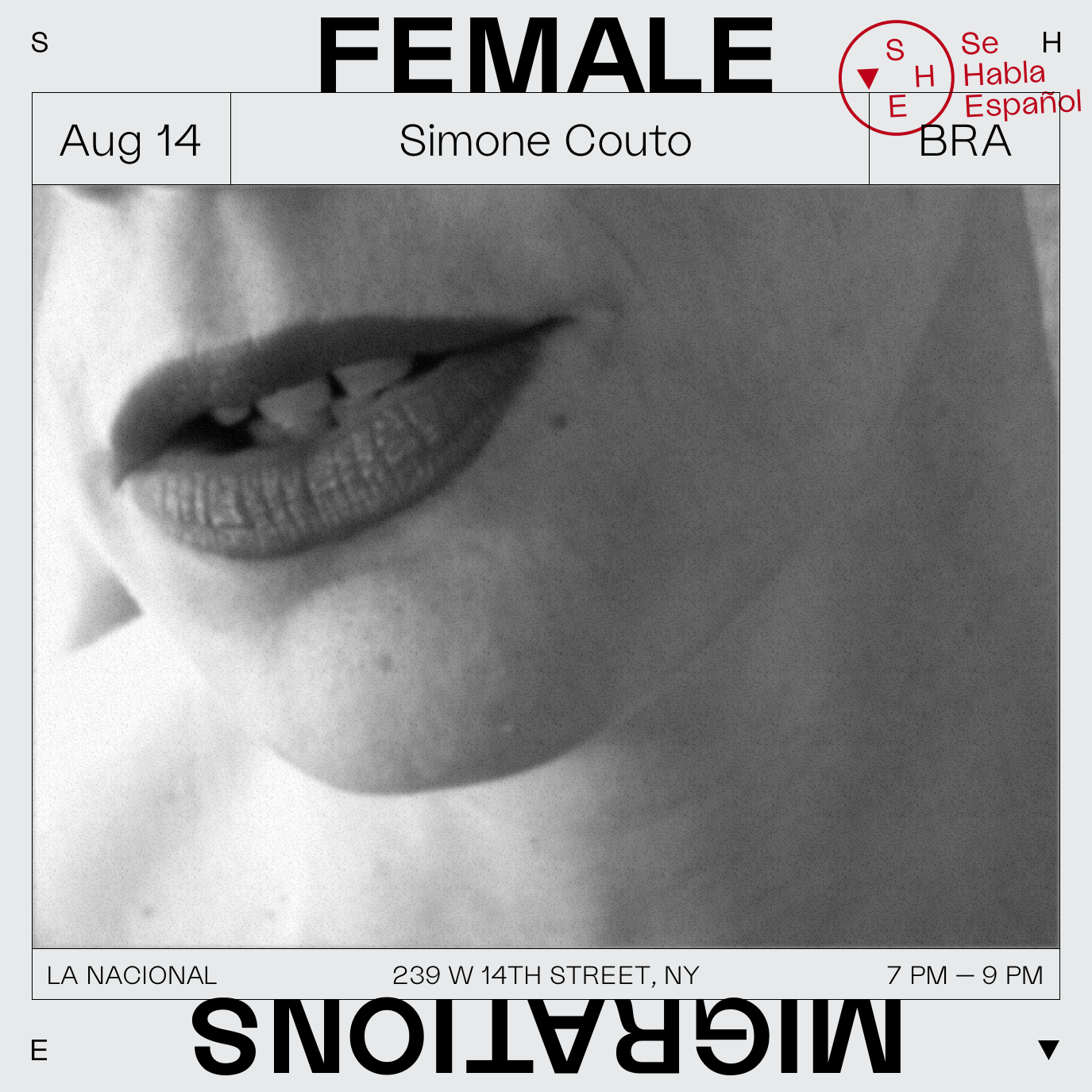 Female Migrations is a program curated by Se habla español (SHE) that invites four Latin American artists that address the female perspective of migration. The program, a series of four events that will take place at La Nacional, will present site-specific works by Karina Aguilera Skvirsky, Simone Couto, Amanda Gutiérrez, and Esperanza Mayobre.

How does the female gaze experiences migration? How is the journey of men different from the forgotten and visceral experience of migrating as a woman? Female Migrations calls attention to the historic dismissed role and view of women in this current and dire issue, through the personal experiences and artistic practices of the invited artists.

Simone Couto, 2 x 2. Installation and live performance
2 x 2, a multimedia installation by Simone Couto, is a dream-like collection of immigrant biographies that is also the biography of a city from two time periods. After researching La Nacional’s archive, focusing on its membership cards from 1868 to 1995, the artist paired female immigrants whose 2 x 2 pictures are missing with female immigrants currently living in NYC. They were asked to write a personal letter to one of the former members and reconstruct their identities while exploring their own by blending real and invented stories.

Simone Couto (Brazil) is a Brazilian-born and United States-based interdisciplinary artist, poet, writer, curator, and educator, working on installation format and social practice. Currently, she is working with immigrants and refugees, collecting their stories. Her private and collective practices investigate the concept of biographies of place, collective memory, and cultural preservation. Couto’s performative and community engagement is contingent and situational. Her work has been shown widely, including the Gwacheon National Science Museum; Pioneer Works; Invisible Dog Art Center; Electronic Arts Intermix; El Museo de Los Sures. She is one of the core organizers of the yearly NYC AnarkoLab Performance Festival at Judson Memorial Church.

Se habla español is a curatorial collective established in NYC in 2017, which is comprised of Noelia Lecue Francia, María Alejandra Sáenz García, Andrea Valencia Aranda, and Natalia Viera Salgado, from Spain, Colombia, Mexico, and Puerto Rico respectively. As Spanish speakers and curators, the collective works on artistic and social projects that expand the limits of language, addressing migration, identity, human rights, and memory.